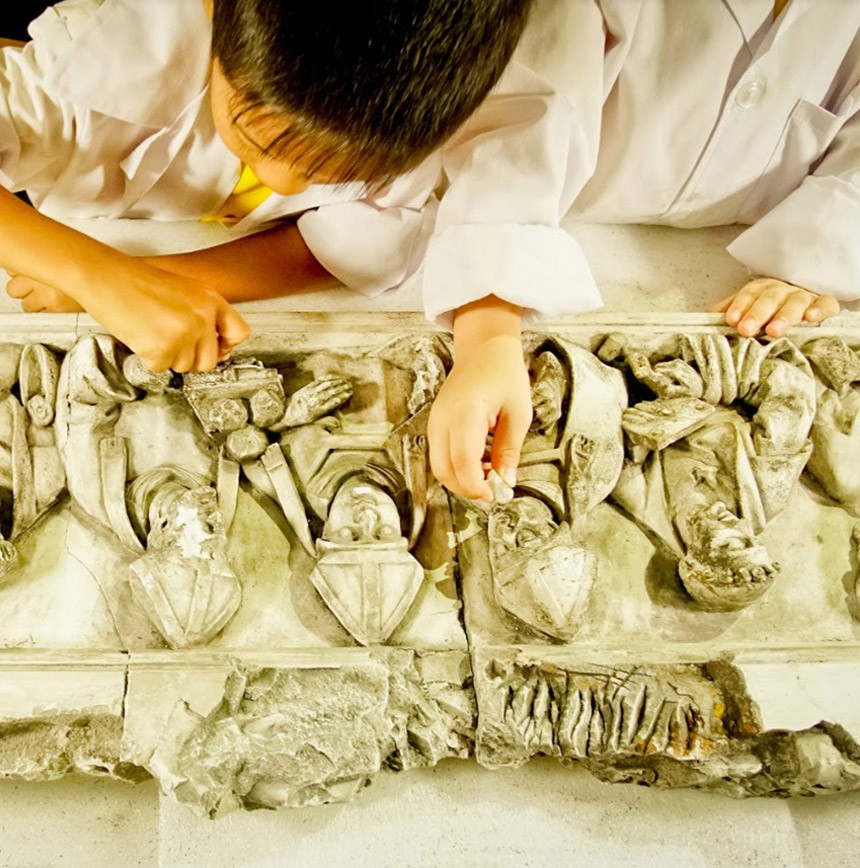 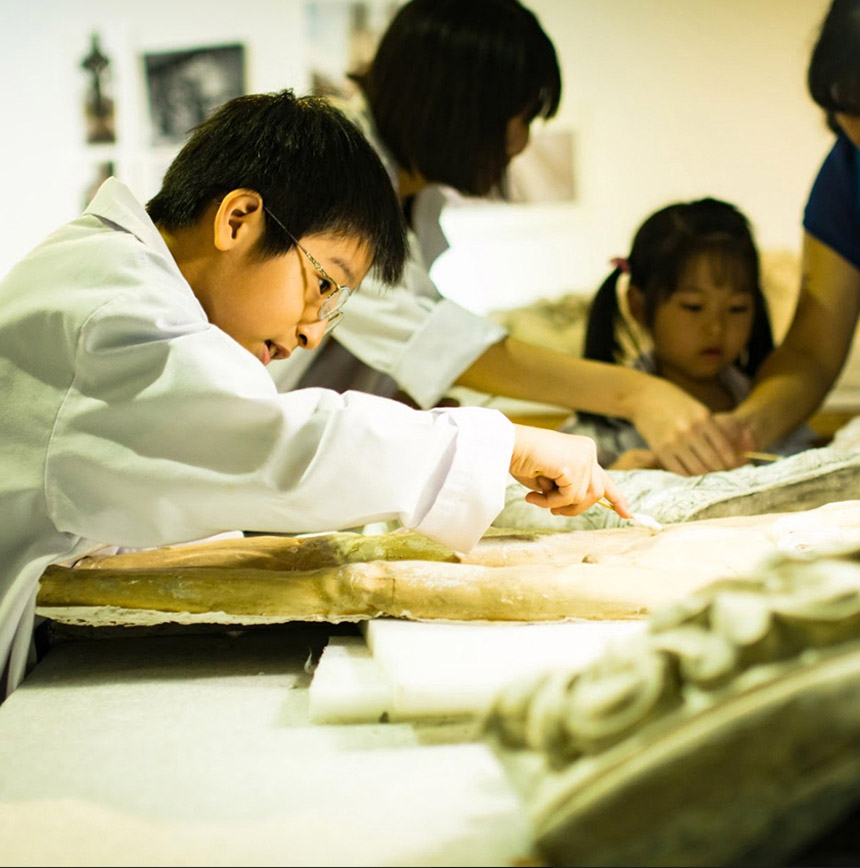 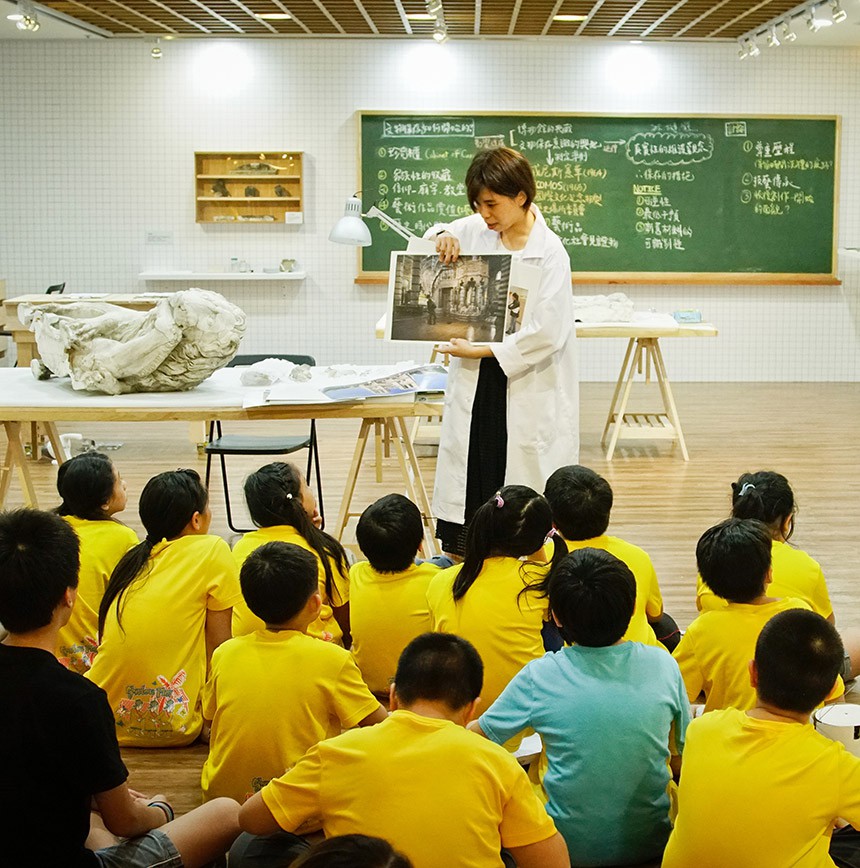 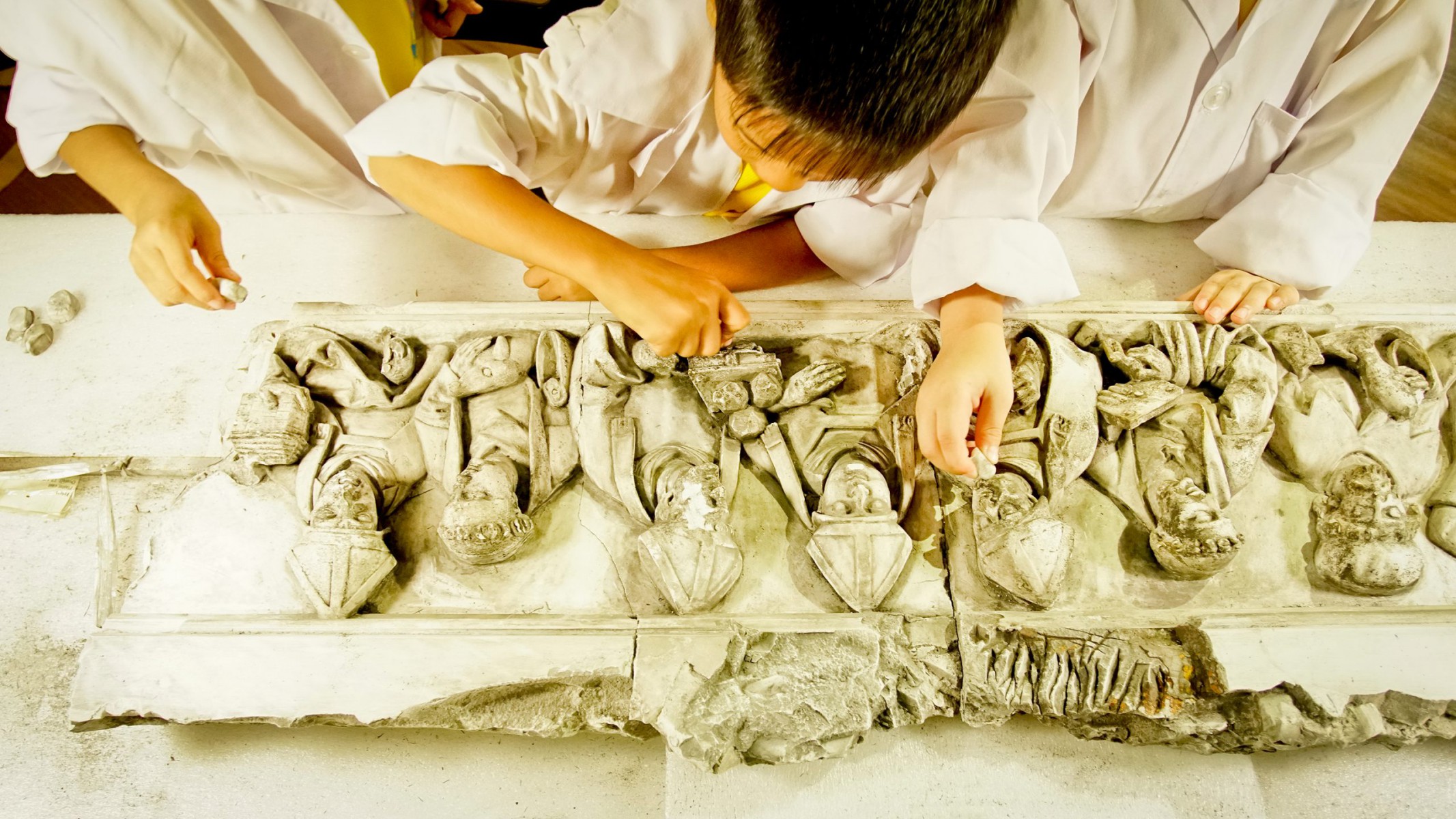 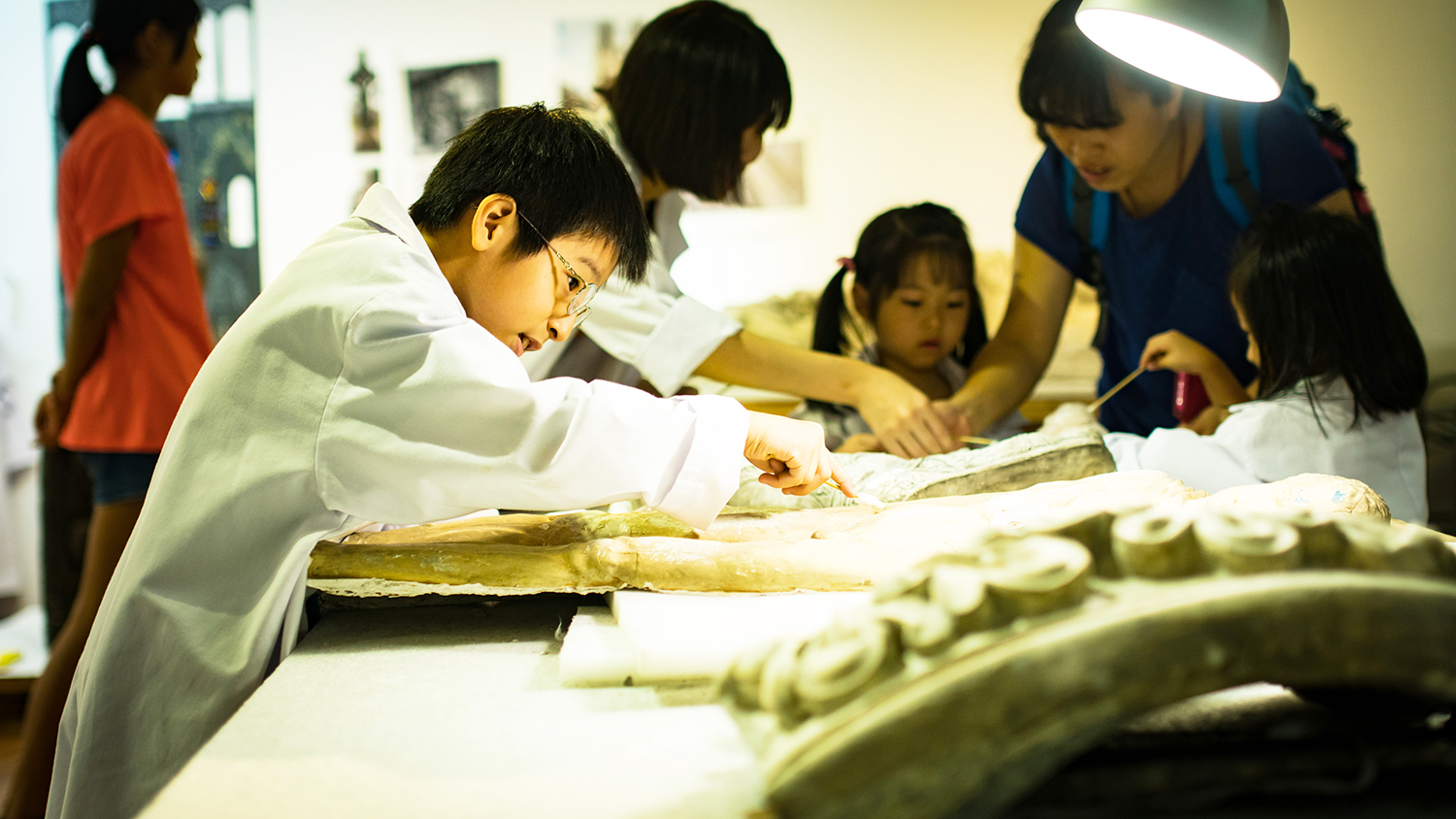 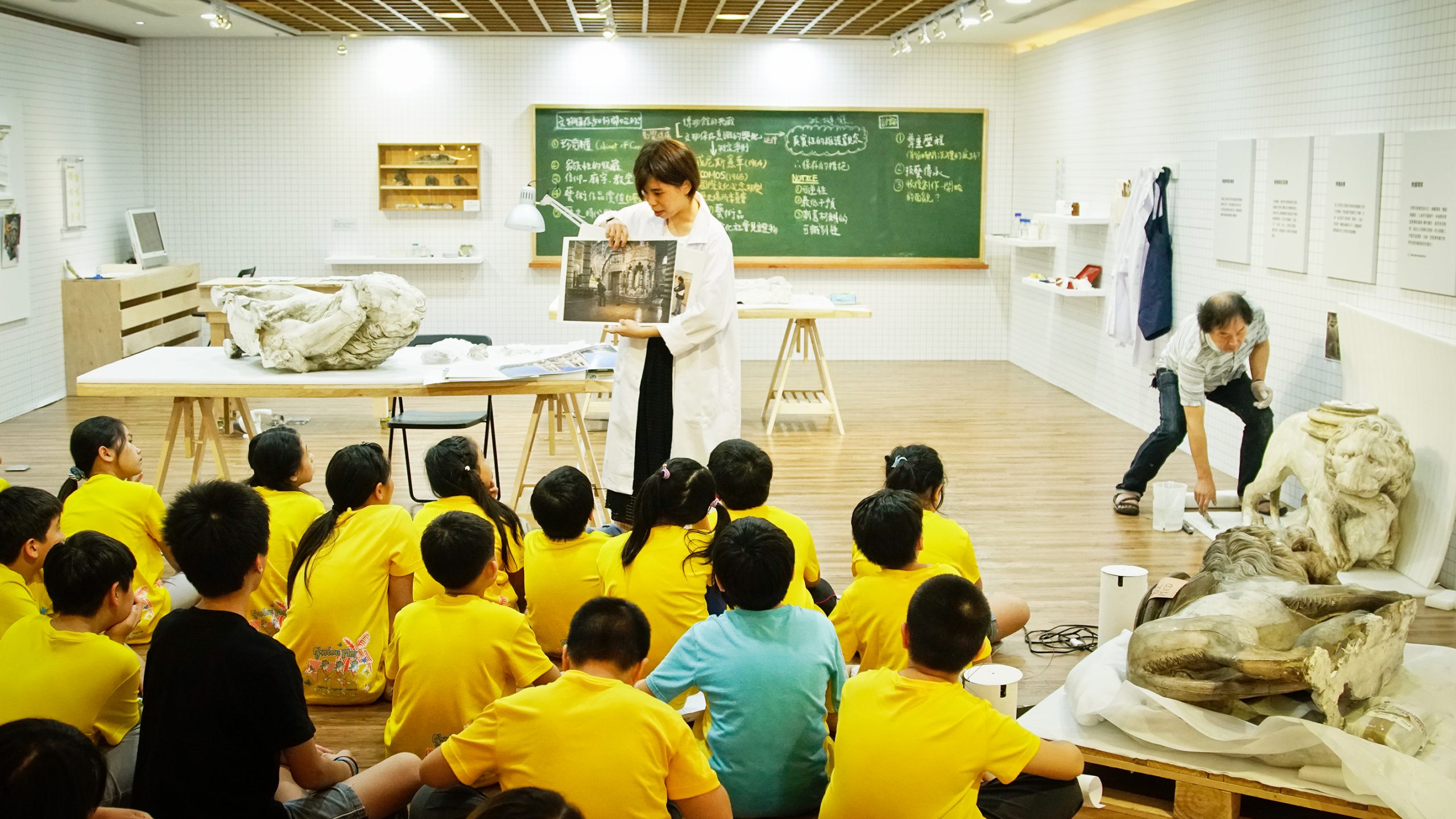 MoNTUE restores over 100 plaster cast collections given by The Metropolitan Museum of Art (MET). This collection of antiques originated from a project of producing plaster casts due to new museums and art institutions built in Europe and the United States in the 19th century and their consequent need to expand the museum collections. Therefore, works from the ancient Greek and Roman period, to the medieval period, to important religious, architectural and sculptural works created during 16th to 18th century all became crucial subjects to be replicated. The casts, made by first-rate foundries that possessed finest skills at the time, have preserved a comprehensive collection of Western classics. Among the museums, the most representative American art museum, the MET, also acquired a large number of plaster casts, which were displayed in the museum for students and later generations to closely observe these antique works. In mid-20th century, the MET had already collected excellent artworks from around the world; as the museum collection expanded, the plaster casts were put in storage over the course of time. In 2000, the museum launched a plan to gift the collection of plaster casts; consequently, art and research institutions worldwide, namely universities and museums, became the recipients. After happy coincidences and efforts of various parties, the National Taipei University of Education (NTUE) was the only academic institution in Asia that received this collection.

One major topic that we kept thinking after the arrival of the plaster casts was how to preserve and continue the value of the century-old collection and make it more meaningful. Therefore, we launched the ONE PIECE MUSEUM Museum-School Collaboration Project (OPM project), of which the core value was to embody the spirit and concept of an art museum in schools through one singular antique work. To realize the project, the museum provided four major software resources, including art history material, artwork restoration skill, art education program development and museum work experience. On the other hand, the partner schools provide hardware, such as exhibition space and equipment. The professional exhibition team of the MoNTUE and the schools’ professional teams of educators pool the resources and transform the museums on campus into the best site for aesthetic education. During the process, not only the students could have a different learning experience, the teachers were also stimulated to increase the diversity and richness of class design and teaching approaches. This project upheld the spirit of collaborative partnership that allowed schools to autonomously design their programs whereas the museum would assist with providing ample software resources for both students and teachers to have a most solid and multifaceted learning experience. It was the only way to ensure the continuous growth and expansion of the project in schools. 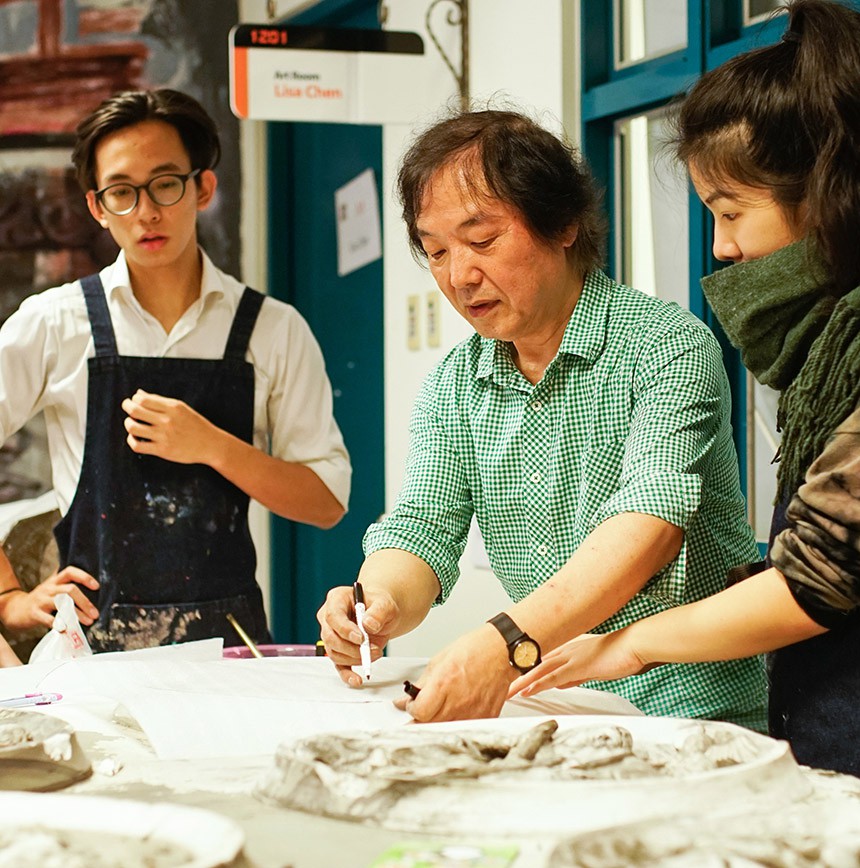 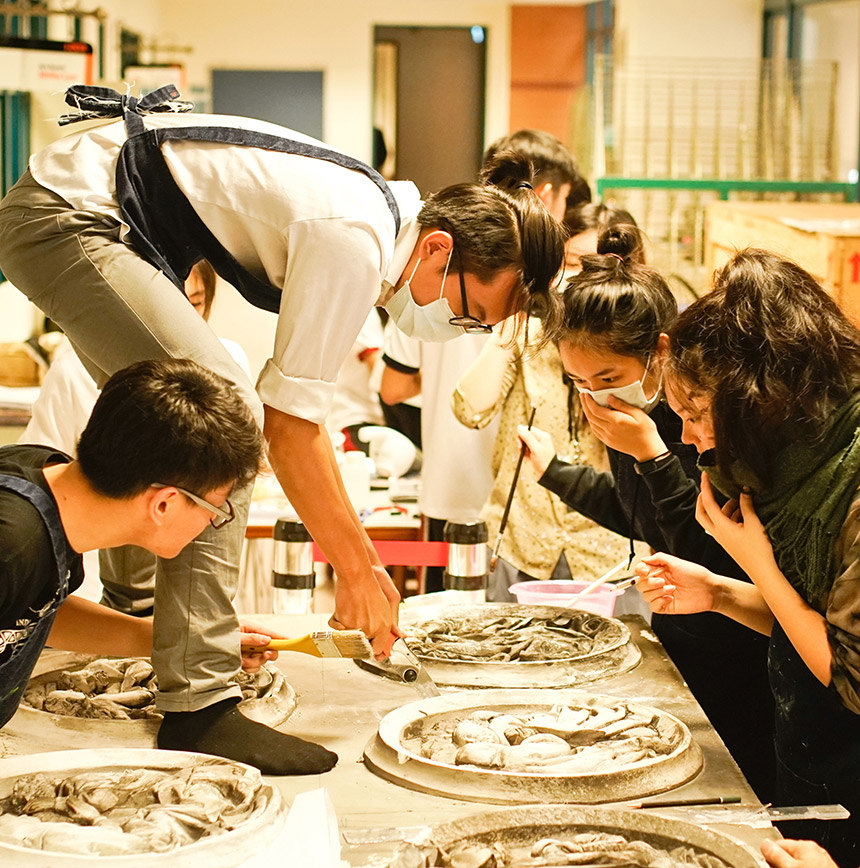 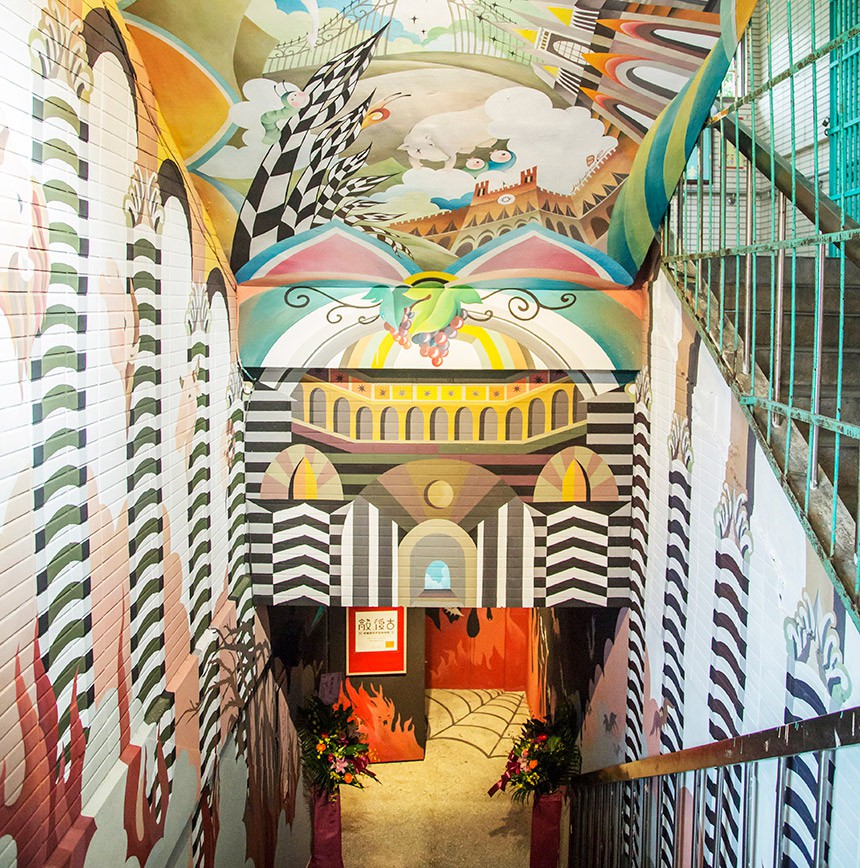 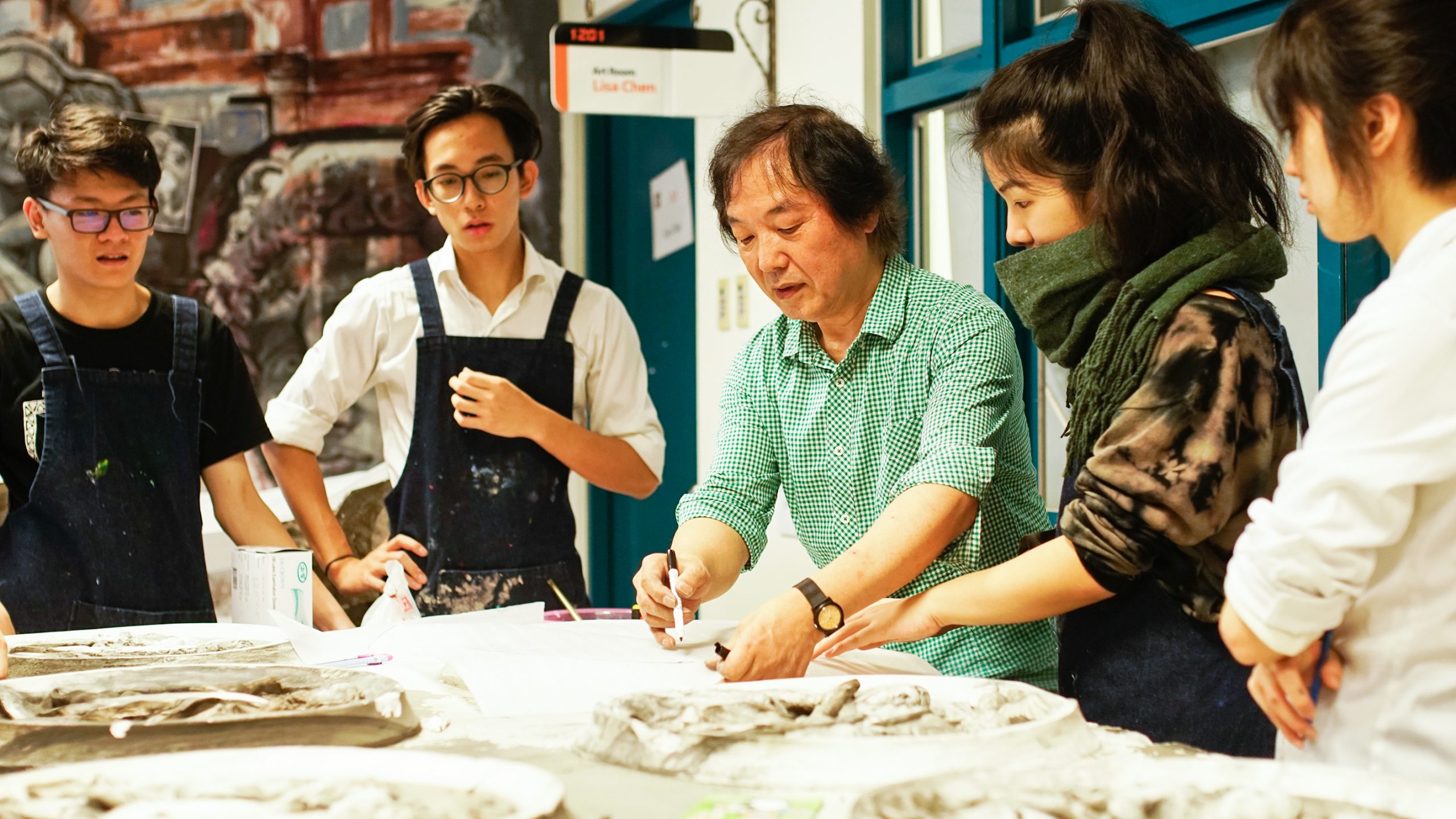 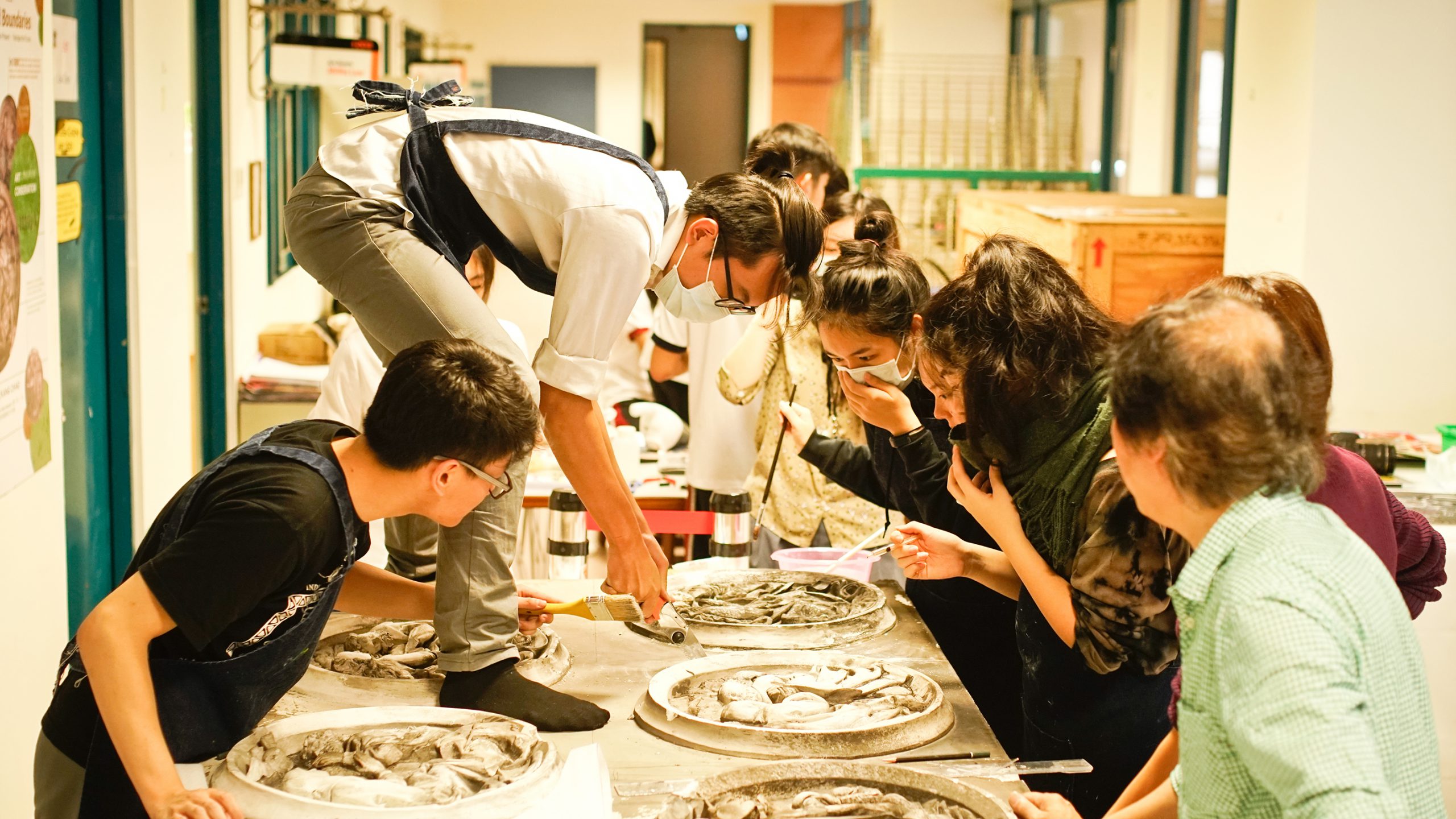 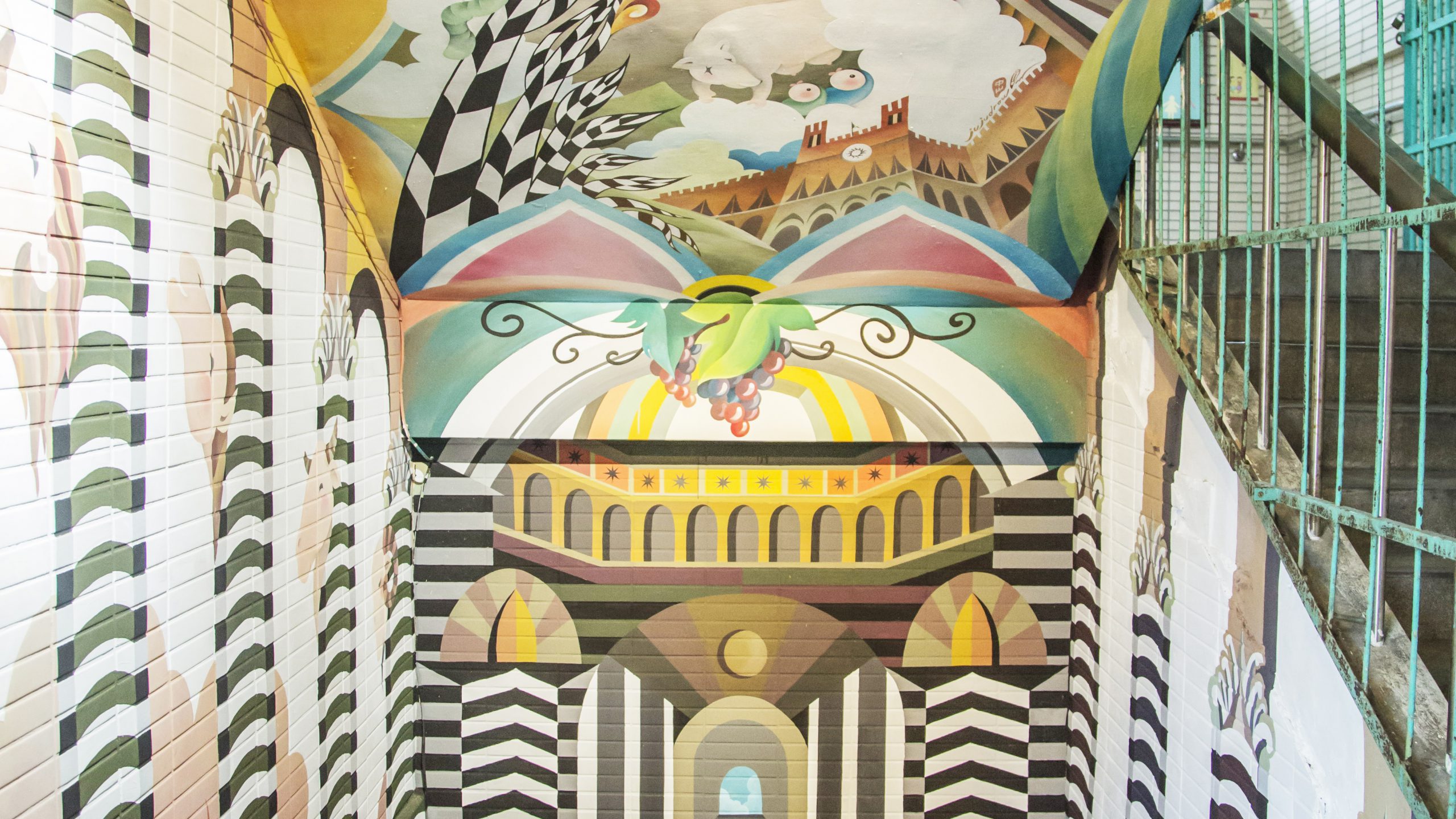 FOUR FEATURES OF ONE PIECE MUSEUM

1. Dividing the whole into parts: the project sends out antique works originally housed in one museum to let each work in the collection shine in its own light in a single place. 2. Reversing the roles of initiator and participants: the OPM project employs the concept of museum-school collaboration and respects the individual condition of each school by giving it the power to design the programs while the museum provides professional support. 3. One single focus: the closely studying and viewing of one work allows people to deeply explore and understand the historical and cultural context hidden behind the work as well as its aesthetic form, materials and the skills required to produce it. Thus, the learning is deepened, and the teaching is innovatively transformed through the development of the program. 4. Less is more: people used to believe that a good deal of artworks is necessary for an art exhibition or an art museum. The OPM project alters this preconception by turning one single set of works or just one work into a good exhibition or museum. The four points mentioned above have collectively shaped the core spirit of ONE PIECE MUSEUM. The project has promoted museum education in different schools through a singular, focused, profound and equal approach; it is our firm belief that it can serve as a highly unique and valuable example for museum education in the future.

THE OUTLOOK OF ONE PIECE MUSEUM

This collection of plaster casts created more than a century ago originally came to the MET from various places in Europe due to the museum’s goal to promote art education. As the museum’s acquisition policies evolved, the casts embarked on a long journey that eventually brought them to the island of Taiwan on the other side of the globe. Serendipitously, after the dedicated efforts of the MoNTUE, their new journey in Taiwan echoes their original purposes from a century ago—“education” and “promotion.” The implementation of the OPM project has successfully created a fresh system of cultural education through its experimental approach. Firstly, the mini museum in every participating school has achieved great results. Secondly, it creates a window for art education to expand beyond the limit of a single field and grow into integrated education. Finally, it integrates resources from the museum, the schools, the government and the enterprises. The three accomplishments have not only given the collection of plaster casts a new life in Taiwan but also allow it to flourish with new meanings.